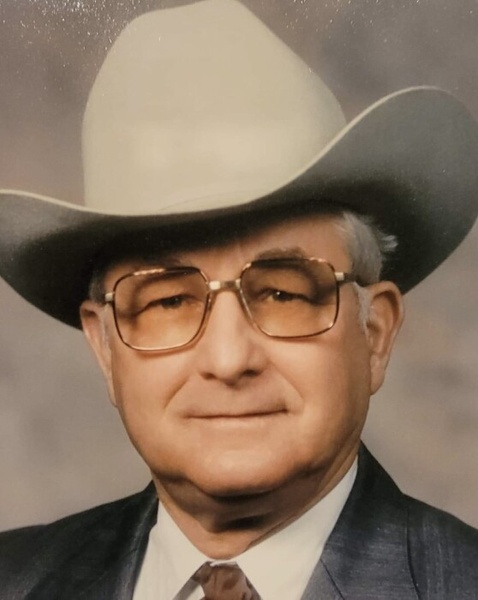 Visitation is Saturday, February 20th beginning at 11:00 a.m. at St. John’s Catholic Church, Viola.  Recitation of the Rosary will begin at 12:30 p.m… followed by Mass of Christian Burial.  Memorials may be left for American Heart Association.  Military Rites will be conducted by Aledo American Legion Post 121.  Burial will be in St. John’s Catholic Cemetery, Viola.  Dennison Funeral Home, Viola is handling arrangements.

Joseph Isadore was born August 17, 1932 in Waukegan, Illinois the son of Joseph I. Sr. and Leota Orms Hennenfent.  He graduated from Corpus Christi High School, Galesburg then attended college until he was drafted in the United States Army serving during the Korean Conflict.  On February 20, 1954, he married Delores “Dee” Daly in Galesburg.  Bud wore many hats over the years, including coal miner, husband, father, farmer, farrier and blacksmith, horse trainer, welder, cowboy, scout leader, 4-H leader… he was a jack of all trades.  He was a member of the former New Windsor American Legion, St. John’s Catholic Church, New Windsor Rodeo Association as well as being a lifetime member, gold card and founders card holder of International Professional Rodeo Association.  He enjoyed fishing and had a love of horses and helping others with the health of their horses.

He was preceded in death by his parents, grandson: Robert Joseph Peer and step grandson:  Brad Murphy.

To order memorial trees or send flowers to the family in memory of Joseph "Bud" Hennenfent, please visit our flower store.