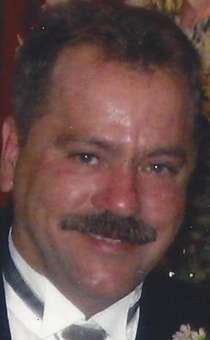 Per his wishes, there are no services and cremation has been accorded.  Memorials may be left in his name to the Mercer County Animal Shelter.  Dennison Funeral Home, Aledo is handling arrangements.

John Joe was born September 24, 1967 in Moline, Illinois a son of Joe and Patricia Daniels.  The graduate of Sherrard High School went on to earn a living as a high lift painter.  On Dec. 31, 1987, he married Tammy Cameron in Boden.  They later divorced, he then married Colleen Rigg on Feb. 14, 1999 in Roxboro, North Carolina.  John was an outdoorsman, who enjoyed fishing, hunting and mushrooming.  He also enjoyed working on lawnmowers and other small engines.  He was a fan of the Washington Redskins, NASCAR and Earnhardt and the Chicago Cubs.  He thoroughly enjoyed watching the Cubs win the World Series.  His greatest joy was time spent with family, especially his grandkids.  When John laughed, he had a wonderful laugh that his family will remember and cherish forever.

He was preceded in death by his grandparents, parents, aunts, uncles and a niece.