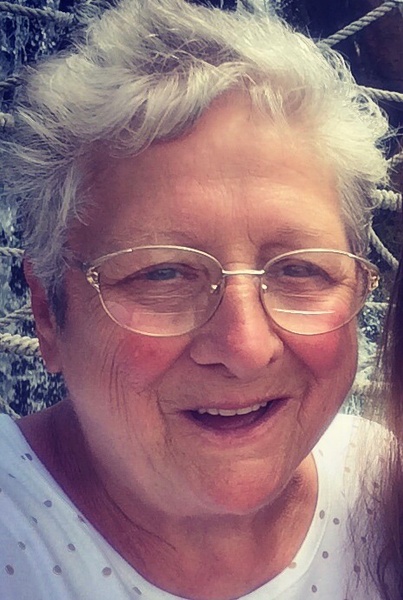 Joanne L. Moseley, 74, of Rock Island, Illinois left this earth on Monday, May 7, 2018 to be with her husband in heaven.  She was feisty in every way, lovable, ornery, smart-aleck, sweet and kind.  Joanne left her mark on many; whether it be her outrages Facebook posts (that everyone had to decipher), her pranks and jokes she loved to pull on anyone, her sweet gestures just to put a smile on someone’s face and make them happy, to that feisty, spunky attitude that you couldn’t miss.  She was always looking to give to others and would give the shirt off her back to help those who needed it more than her.  Before she passed, she decided she wanted to keep this tradition alive…she asked that instead of sending flowers to her funeral she would like her memorials to be a donation to HopeKids of North Texas in honor of her 9 year old buddy, Connor.

Joanne Louise was born November 7, 1943 in Rock Island, Illinois a daughter of Milford “Bud” and Geneva Lane Garrett.  She graduated from Rock Island High School in 1961.  On December 14, 1963, she married Ronald P. Moseley in Chicago.  They were married until his death on March 22, 2014.  She retired from the Aledo Wal-Mart after working there for several years.  She was a member of St. Catherine’s Catholic Church, Aledo.  Her grandkids were her pride and joy, she tried to attend as many of their activities over the years.  Joanne enjoyed knitting in her spare time.

She was preceded in death by her parents, husband, brother: Kenneth Garrett and sister:  Mary Garrett.

Mass of Christian Burial will be 11:00 a.m. on Friday, May 11th at St. Catherine’s Catholic Church, Aledo.  Burial will be in Viola Cemetery.  Visitation is 5:00 – 8:00 p.m. on Thursday, May 10th at Dennison Funeral Home, Aledo.  Rosary will be recited at 4:30 p.m., prior to visitation.  In lieu of flowers, memorials may be left for HopeKids of North Texas.

***To donate directly to HopeKids of North Texas...In Memory of Joanne Moseley... on the funeral home website, below the obituary is a section named "Donations may be made to:"... click on the link to make an online donation (memorial).***  If you prefer to mail a check, you will also find the address information in that same section.