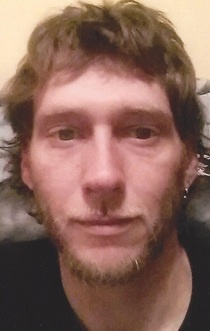 Visitation is at First Christian Church, Keithsburg on Wednesday, Sept. 13th from 12:00 p.m. (noon) until the funeral service begins at 2:00 p.m.  Burial, with military rites, will be in Mannon Cemetery, rural New Boston.  Memorials may be left for Keithsburg Volunteer Fire Department.  Dennison Funeral Home, Aledo is handling arrangements.

Jesse was born October 1, 1979 in Moline, Illinois the son of Terry Neal Bullock and Linda Willits.  Jesse served in the United States Navy.  On June 23, 2007, he married Emily Foster in New Boston.  Over the years, Jesse had worked dredges on the Mississippi and as a mechanic for many in the area, last working for Kenny Tharp.  He was a volunteer firefighter for the Keithsburg Fire Department.  Jesse enjoyed fishing, working on cars, off-roading and spending time with family and friends.

He was preceded in death by his two young sons on July 19, 2013, Jesse and Nic Bullock; grandparents:  Jerry McIntosh and Bertha Binder and uncles:  Kenny and Jerry McIntosh.