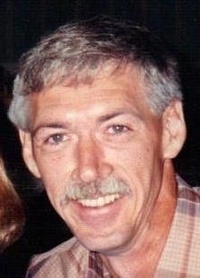 He was born July 15, 1950 in Aledo, IL to Glenn and Frances Needham Whitington.  Jerry grew up outside of Viola, IL.  He graduated from Winola High School in 1968.  After high school, he attended Southern Illinois University in Edwardsville.  He then worked for the Shale City Brickyard, Farmall, Rock Island Arsenal, and the past 17 years at John Deere.  Jerry married Abbie Leng in 1985 at The Little Ponderosa in Aledo, IL.  They were happily married for 28 years.  Jerry enjoyed spending time with his family and loved fishing, hunting, bowling, playing cards, and coaching his sons in baseball.

A celebration of life will be held at United Presbyterian Church in Viola from 4 to 7 Friday October 4th, 2013. In lieu of flowers the family requests memorial donations be made to the family  2417 - 105th Ave Aledo, IL 61231.  Online condolences may be left at www.dennisonfuneralhome.com.

To order memorial trees or send flowers to the family in memory of Jerry Whitington, please visit our flower store.