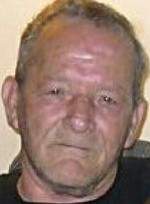 Jerry was born September 2, 1944 in Buckhorn, Missouri a son of August and Juanita Porter Gibson.  After high school he joined the Navy in San Diego, California and served in Vietnam for 2 years.  He married Linda Lawver on Aug. 10, 1970 in Moline, Illinois.  Jerry was a truck driver for over 40 years.  He also worked construction as a heavy equipment operator/mechanic and was a master technician.  He was a member of the Operating Engineers Local 150.  Jerry was a founding officer in the Milan Police Dept. Auxiliary where he was a sharp shooter, winning several awards.  An avid outdoorsman, he enjoyed camping, hunting and fishing.  He was a bird collector and loved his dog, Lady.  He liked to travel on his cruiser motorcycle and build and drive fast cars which included his ’69 Corvette.  His greatest love was spending time with his family, especially his grandchildren.

He was preceded in death by his parents and 14 siblings.

To order memorial trees or send flowers to the family in memory of Jerry Gibson, please visit our flower store.