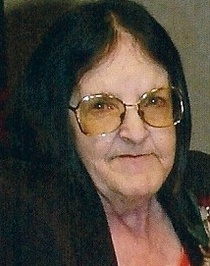 Funeral services are 11:00 a.m., with visitation 1 hour prior, on Monday, July 27th at Dennison Funeral Home, Viola.  Burial will be in Greenview Memorial Gardens, East Moline.  Memorials may be left for the family to benefit Relay for Life.

Jennifer was born May 3, 1947 in Beloit, Wisconsin a daughter of James and Helen Persons Robinson.  She married John R. Houdyshell on December 4, 1965 in Aledo.  They were married until his death on October 13, 2004.  Jennifer devoted her life to being a mother and homemaker.  Her greatest joy was spending time with family.  She was a collector of salt and pepper shakers, acquiring hundreds over the years.

She was preceded in death by her parents and husband.

To order memorial trees or send flowers to the family in memory of Jennifer Houdyshell, please visit our flower store.