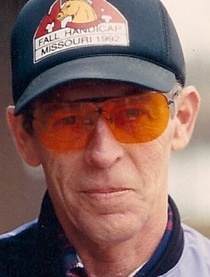 A memorial service will be held at New Windsor United Presbyterian Church on Saturday, Dec. 3rd at 12:00 p.m. (noon), followed by a luncheon.  Visitation will also be on Saturday from 10:00 a.m. until the time of service.  Memorials may be left for New Windsor United Presbyterian Church or St. Jude’s Children Hospital.  Dennison Funeral Home, Viola is handling arrangements.

Jeffrey was born April 21, 1940 in Moline, Illinois a son of George Richard and Frances Schaffner Hast.  On August 5, 1961, he married Connie M. Hoskins in Coal Valley.  After 30 years at International Harvester, he retired in 1992.  He also spent his entire adult life farming the family farm in the New Windsor area.  His hobbies included pigeon flying and trap shooting.  Jeffrey was a member of the Rivoli Gun Club and Kewanee Pigeon Flyers.

He was preceded in death by his parents and 2 brothers.