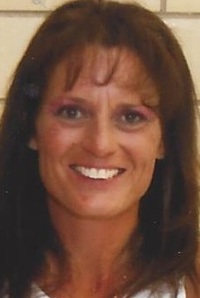 Visitation is Saturday, Nov. 2nd at Kruse-Phillips Funeral Homes, 209 E 7th Street  Tama, Iowa from 10:00 a.m. until Noon.  Following visitation will be a graveside service at Haven Cemetery, rural Tama.  Memorials may be left for the family.

Jamie was born July 23, 1965 in Independence, Iowa a daughter of Frank and Betty Wilkinson Clark.  She attended Iowa State University.  Jamie was in management at ITC, which is an electrical contracting company.  On January 21, 2010, she married Bill Brislawn at their home in rural New Boston.  She had a love for the outdoors and enjoyed gardening and hunting.

Online condolences may be left at www.dennisonfuneralhome.com.
To order memorial trees or send flowers to the family in memory of Jamie Brislawn, please visit our flower store.
Send a Sympathy Card
Send a Sympathy Gift