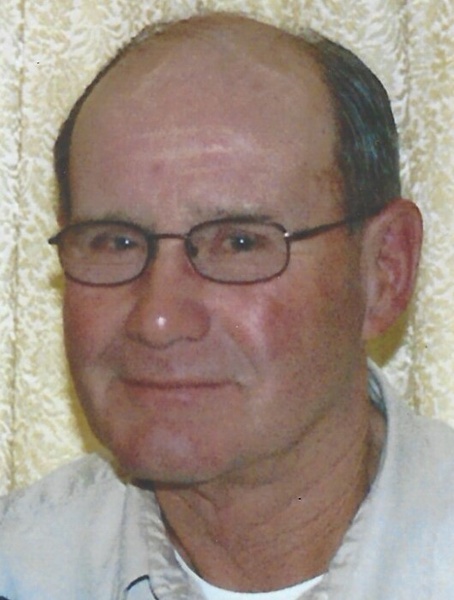 Visitation is Sunday, September 19th from 2:30 p.m. – 5:30 p.m. at Dennison Funeral Home, Viola with rosary recitation prior to visitation at 2:00 p.m.  Mass of Christian Burial is 10:00 a.m. on Monday, September 20th at St. Anthony Catholic Church, Matherville.  Burial will be in St. John Catholic Cemetery, Viola.  The family request that in lieu of flowers, memorials may be left for St. John Catholic Cemetery or Shriners Hospitals for Children.

James was born July 11, 1934 in Rock Island, Illinois the son of John and Kathryn Kovachevich Slavish.  Jim served in the Naval Reserves for 5 years before being drafted and serving with the Navy Seabees for 2 years.  On October 2, 1965, he married Patricia Ann Brus in Davenport.  Jim owned and operated Slavish Vault Company for 41 years, retiring in 1999.  He also was a grave digger in the area for many years.  Jim was a member of St. Anthony Catholic Church.  In his free time, he enjoyed mowing lawns.

Those left to cherish his memory are his wife:  Pat Slavish of Matherville; children and grandchildren:  Paul and Kris Slavish and daughters, Addison and Sierra, Anne Slavish and daughter, Victoria and Molly and Jesse Litwiler and children, Payton (wife Arlene) and twins Bryce and Morgan all of Matherville as well as sisters:  Dinah VanGetson and Kathleen Kilcoin and brother:  Tom Slavish.

He was preceded in death by his parents, brother:  Father Richard Slavish and brothers-in-law:  Chuck Kilcoin and George VanGetson.

To order memorial trees or send flowers to the family in memory of James Slavish, please visit our flower store.