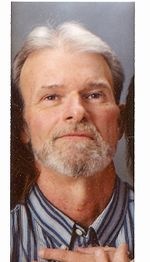 James J. Phelps, 52, of Reynolds, died Thursday, April 5, 2007, at his home. Graveside services will be 2:45 p.m. Monday, April 9, at St. John Cemetery, Viola. Visitation will be 1 to 2 p.m. Monday at Dennison Funeral Home, Viola. Memorials may be made to the family. He was born March 26, 1955, in Kirksville, Mo., the son of James E. and Beatrice Farley Phelps. He was third-shift supervisor at Norcross, Rock Island, working there for 15 years. Jim liked to do carpenter work. He also enjoyed bowling and was on a league at Town & Country, Aledo. His greatest enjoyment was his family, especially his daughters and grandkids. Survivors (and spouses) include two daughters, Kelli (Ernie) Lee, East Moline, and Jessica Phelps, Bloomsburg, Pa.; two grandchildren, Carlos Phelps and Kyla Lee; three brothers, Michael (Darla) Phelps, Boden; Tim (Julie) Phelps, Viola and Mark (Shelly) Phelps, Reynolds; and several nieces and nephews that he loved a lot. He was preceded in death by his parents and a sister, Sandra Lane.

To order memorial trees or send flowers to the family in memory of James Phelps, please visit our flower store.