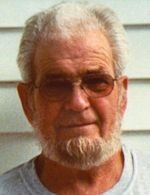 James W. Faulkner, 64, of Joy, died Saturday, Aug. 23, 2008, at Mercer County Hospital, Aledo. Services will be 1 p.m. Tuesday, Aug. 26, at Dennison Funeral Home, Aledo. The family requests the service to be casual attire. Burial is at Peniel Cemetery, Joy. Visitation will be 10 a.m. to noon Tuesday at the funeral home. A fund has been established at the Joy State Bank for the family. He was born June 29, 1944, in Muscatine, Iowa, the son of James Lyle and Darlene D. Sedam Faulkner. He married Marilyn Davison May 29, 1965, in Joy. Jim retired from Goldstar F.S. in 2006. After retirement he worked for Seefeld Farms and Faulkner Performance. Mr. Faulkner had many hobbies that included hunting, fishing, four-wheeling, tractor pulls and NASCAR. He had been a member of the Joy Fire Department for many years. Survivors include his wife, Marilyn Faulkner, Joy; one daughter (and spouse), Shelli (Don) Edlund, Coal Valley; two sons (and spouses), Scott (Marcie) Faulkner, Bettendorf, and Sam (Angie) Faulkner, Joy; six grandchildren, Brekkon, Sam, Zach, Blazin, Nick and Sam Jr.; mother, Darlene "Dolly" Faulkner, Aledo; father-in-law, Donald Davison, Aledo. He was preceded in death by his father; and sister, Shirley Dixon.

To order memorial trees or send flowers to the family in memory of James Faulkner, please visit our flower store.