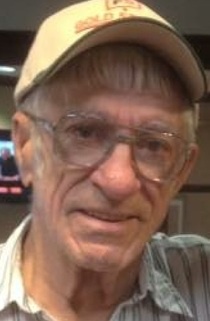 Funeral services are 2:00 p.m. Thursday, November 17th, with visitation 1 hour prior, at United Methodist Church, New Boston, Illinois.  Burial will be in New Boston Cemetery.  Memorials may be left for Hospice Compassus or the family. Dennison Funeral Home, Aledo is handling arrangements.

Jake was born Jan. 4, 1935 in Little York, Illinois a son of Walter D. and Beulah E. Scull Stokes. He was reared and educated in Little York and graduated from Little York High School in 1952. He married Barb Allen and later married Patty Chenault and is survived by his current wife, Ruth Ann Stokes. He was employed by the State of Illinois and later retired from Farmall-Navistar in January of 1993. Jake enjoyed fishing, country and western music, playing his guitar, banjo, harmonica, piano, omni chord and singing. He was in several bands including CW4 and The Old Prospectors. Jake also enjoyed woodworking.

He was preceded in death by his parents, step-father:  George Crowley; 7 brothers:  Howard, Lawrence, Richard, Cleo, Bill, Mick and Roger; 3 sisters:  Helen, Alice and Sharon and his beloved beagle: Scooter.