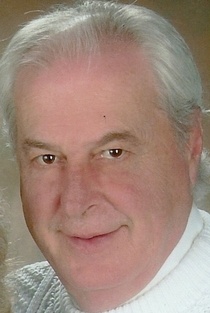 Jack Joseph Schmiers was born April 29, 1947 in Moline, Illinois a son of Jack Joseph and Betty Ann Moody Schmiers.  On June 3, 1967, he married Sharon Louise James in Rock Island County.  They were married until her death on August 10, 2008.  Jack served in the United States Navy during the Vietnam Conflict.  After his Naval service, he worked in the Navy shipyard.  In 1988, he became Senior Engineering Technician which had him writing Technical Manuals.  In 2008, he retired from Bretting Manufacturing, Ashland, Wisconsin.  He was a member of the Ironwood American Legion.  Jack was a talented poet, writing many poems.  He enjoyed kayaking with family while spending time on the lakes up in Michigan.  Jack loved to take family to all the falls in Michigan and Wisconsin, one of the family favorites was Copper Falls, Wisconsin.

He was preceded in death by his wife, father, 2 brothers and 2 sisters.

To order memorial trees or send flowers to the family in memory of Jack Schmiers, please visit our flower store.