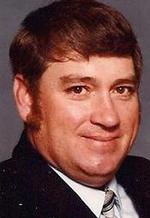 Jack Masters, 64, of Viola, Illinois died Tuesday, February 7, 2012 at Crestridge Nursing Home, Maquoketa, Iowa. Funeral services are 3:00 p.m. Saturday, February 11, 2012 with visitation from 1:00 p.m. until the time of service at Dennison Funeral Home, Viola. A private burial will be held on Monday at Rock Island National Cemetery, Rock Island Arsenal. Memorials may be left for his grandchildren's college funds or Wounded Warriors Project. Lawrence "Jack" was born March 20, 1947 in Crossville, Illinois a son of Lawrence F. and Marjorie Hoover Masters. He served in the Army during Vietnam. On May 8, 1971, he married Carolyn A. Newton in Aledo, Illinois. She preceded him in death on January 5, 2010. Jack retired from Case IH after 30 years on the assembly line. He was also an auctioneer with Lane Hyett Auctions. Jack enjoyed collecting antiques and going to flea markets and auctions. He also enjoyed rodeo and horse racing. Those left to cherish his memory are his sons, Larry Masters, Keithsburg, Brian Masters, Silvis and Marcus Masters, Keithsburg; 2 grandchildren, Trenton Masters and Baylie Masters; sister, Freda Putnam, Evansville, IN and brother, Tom Masters, New Windsor. He was preceded in death by his parents, wife, grandson Owen Masters and a sister Bobbie Payne.