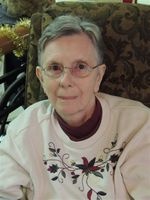 Ila worked for The Bank of Viola after high school until 1986. She enjoyed taking care of family, walking, cleaning and being outdoors.

To order memorial trees or send flowers to the family in memory of Ila Robinson, please visit our flower store.