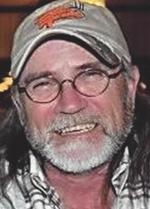 A memorial service is being held at 11 am Saturday, Nov. 10, 2012 at Aledo United Methodist Church.  A memorial fund will be established.

Henry Frank Whitmarsh was born January 6, 1957 in Silvis, Illinois, a son of Frank and Phyllis Stewart Whitmarsh.  He married Jean Eiland on April 21, 2001 in Viola.  Hank was a truck driver for USF Holland for 35 years.  He was a member of the Aledo United Methodist Church and the Motocross AMA Club.  He had a passion for Motocross and traveling to race in competitions.  He enjoyed motorcycles and ATV’s. and loved riding them on the track he had on their acreage.  Also, he and his wife used to raise show horses and produced a World Qualifier and Champion.

To order memorial trees or send flowers to the family in memory of Henry "Hank" Whitmarsh, please visit our flower store.