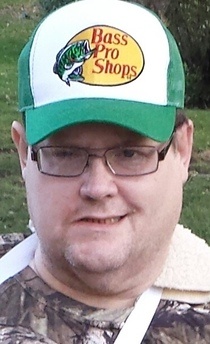 Visitation is Wednesday, October 15, 2014 from 4:00 – 7:00 p.m. at Keithsburg First Christian Church.  Funeral services are 11:00 a.m. Thursday, October 16, 2014 at the church. Following the service, cremation will be accorded.   In lieu of flowers, memorials may be made to the family for a memorial to be established.  Dennison Funeral Home, Aledo is handling arrangements.

Greg was born April 23, 1959 in Aledo, Illinois a son of Eugene and Helen Burnett Peterson.  He was a 1977 graduate of Westmer High School.  On June 25, 1983, he married Darlene Wolf in Keithsburg.  Over the years, Greg farmed in the Keithsburg area and had worked for the Mercer County Highway Dept.  For many years, he was the Keithsburg Township Road Commissioner and Transportation Director for Westmer Schools.  He has been a member of the Keithsburg Fire Dept.  He was always there to help someone in need.  Greg was well known as a “character” at the nursing home.  He was a NASCAR fan.  Family meant everything, and he loved spending time with family.  Recently, he enjoyed grilling out at the girls’ new house.

He was preceded in death by his parents, sister Regina McBride, sister-in-law Karen Peterson and his aunt and uncle Margaret and George Askew.

To order memorial trees or send flowers to the family in memory of Greg Peterson, please visit our flower store.