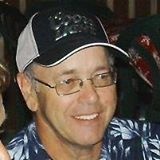 Lorrin Gene Daves was born March 24, 1958 in Santa Ana, CA a son of Dean Robert and Doris Robbins Daves.  He graduated from Winola High School.  In 1980, he married Sandra Ferguson in Viola; they later divorced.  Gene was a self employed over-the-road truck driver for 14 years.  He always had barrels to sell, and was known as the barrel guy.  Gene was community minded…always helping people, from hauling cars to mowing lawns, he was there with a smile.  He enjoyed camping, helping with the Viola Threshers Reunion and most of all, spending time with his grandkids.

To order memorial trees or send flowers to the family in memory of Gene Daves, please visit our flower store.