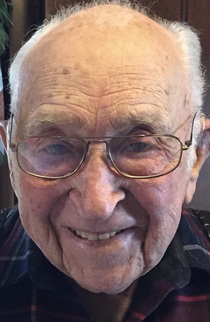 Arthur Eugene Benson was born November 30, 1927 in New Windsor, IL the son of Arthur Elmer and Ethel Francis Swanson Benson.  He attended New Windsor High School.  From 1951 – 1953, he served in the United States Army.  On May 23, 1953 he married Dolores “Del” Teems in Rolla, MO.  Gene was a farmer, trucker and horseman.  He was a member of Calvary Lutheran Church, Viola Masonic Lodge, New Windsor American Legion, Edwards River Antique Engine Association and served on the New Windsor Fair Board.  Gene loved working, riding and driving horses and completing jigsaw puzzles.  He enjoyed antique equipment and camping on trail-rides in Missouri.

He was preceded in death by his parents and sisters:  Marjorie Young, Helen Whitenack and Lois Luallen.