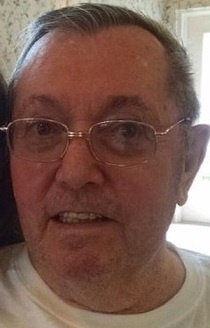 Funeral services are 10:00 a.m. on Friday, Dec. 23rd at Trinity Presbyterian Church, Aledo.  Burial, with graveside military rites, will be in Drury Reynolds Cemetery, Drury Township in Rock Island County.  Visitation is Thursday, Dec. 22nd from 5:00 – 7:00 p.m. at the church.  In lieu of flowers, memorials may be directed to the family for a memorial to be established.  Dennison Funeral Home, Aledo is assisting the family.

Gary Lane Dixon was born February 17, 1941 in Aledo, Illinois a son of Carl Sr. and Zeola Bice Dixon.  On October 16, 1960, he married Shirley Faulkner in Joy, Illinois.  They were married until her death on December 29, 1997.  He was later united in marriage to Barbara Rush Bergen on January 22, 2000 in Joy.  Gary worked for Crop Production Service for 18 years before moving to Bayhill Fertilizer to work as a truck driver.  Gary served in the United States Army during the Vietnam Conflict and was a member of Mercer County V.F.W. Post 1571.  He was a member of Trinity Presbyterian Church, the former Joy Lions Club and served on the Joy Fire Department for many years.  In his spare time, he enjoyed yard work, gardening and doing woodwork.