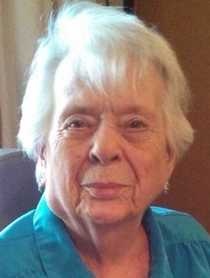 She was born on August 10, 1927 in Canada, the daughter of Grant Elmer and Maud Whitehall Truman. She graduated from High School and then attended the former Moline Public Hospital Nursing School as a LPN with High Honors. She married Allen Wayne Tweed on October 10, 1946 in Keithsburg, Illinois. He preceded her in death on April 15, 1988.

She worked a short time for the Mercer County Hospital and the Mercer County Nursing Home as a LPN. She enjoyed painting, sewing, crocheting, and quilting. She was a member of the First Christian Church of Keithsburg, Illinois and its Christian Women Fellowship.

To order memorial trees or send flowers to the family in memory of Edith Tweed, please visit our flower store.