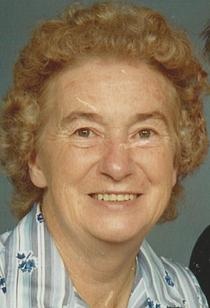 Doris June was born June 1, 1923 in Abingdon, Illinois a daughter of John and Lillie Mae Painter Chard.  On August 16, 1941, she married Fred LeRoy Molburg in Kahoka, Missouri.  They were married until his death on September 24, 2001.  June was a talented gardener and a devoted member of Grace Lutheran Church, Ophiem.  Her greatest joy was her family; she treasured time spent with them.

She was preceded in death by her parents, husband, daughter-in-law:  LuAnne, 4 sisters and 4 brothers.