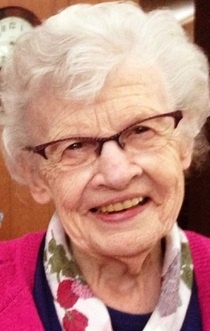 Donna was born April 17, 1925 in Keithsburg, Illinois a daughter of Arthur and Anna Hite Fullerton.  She was educated in  Keithsburg schools before going on to study at Western Illinois University, Macomb and Brown’s Business College, Galesburg.  In 1948, she married Leighton Cozart, they later divorced.  On July 30, 1951 in Aledo, she married Stanton H. Prentiss.  They were married until his death on August 12, 1977.  She then married Glenn W. Appleton in Rock Island on February 14, 1984.  The marriage was cut short when he passed away on August 12, 1986.

She was preceded in death by her parents, 2 husbands, step-daughter: Diane Prentiss Shugart, brother:  Curtis Fullerton and sister:  Leolah Simpkins.

To order memorial trees or send flowers to the family in memory of Donna Prentiss, please visit our flower store.