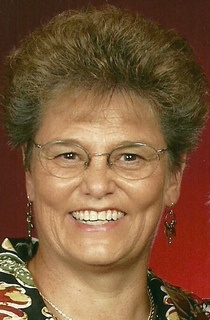 Donna Jean Duffy, 69, passed into Glory on May 6, 2014 at Trinity Rock Island, Illinois, after enduring with strength a brief but devastating illness.

Born to Floyd and Disie Lawson Weihler on April 22, 1945, Donna lived and served her entire life in the intimate community of Viola, Illinois, surrounded by lifelong friends and family.

She graduated from Winola High School in 1963, and is still very close to many of her classmates.  She worked for Bituminus Insurance in Rock Island for a decade after high school, during which she married Gene Lingafelter in 1970 (divorced in 1984) and had two children: Tobin in 1973 and Nichol in 1975.  After Tobin was born, she took a break from paid work and didn’t return until 1984, when she began to work for WHBF TV in Rock Island, doing commercial traffic.  She remarried on July 2, 1988 to William Duffy, with whom she celebrated 25 years together last year.  After remarrying, she was able to focus her time on her favorite work – mothering and serving.

She was a faithful member of Viola United Methodist Church, where she served as the nursery school teacher for 40 years and inspired others to serve likewise in her footsteps.

She was lovingly known as “Nonna” to her seven wonderful grandchildren — including one adopted from Ethiopia in 2012 — and although they lived several hours away she visited them all the time and was adored by each of them.

Life is meant to be not just lived, but SPENT.  She spent hers in loving Christian service, and because of that lived the best life.