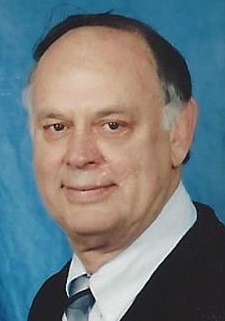 Donald Leon Neal, 82, of rural Matherville, Illinois was surrounded by family as his passed away peacefully at his home on Wednesday, Jan. 3, 2018. Cremation has been accorded and services will be held at a later date in Farlow Grove Cemetery, Matherville. Memorials may be left in his name for the Alzheimer’s Association at www.alz.org.

Don was born June 7, 1935 in Phoenix, AZ the son of Helen Donovan and Lewis Neal. Don was an only child and raised in large part by his maternal grandparents, the Donovan’s played a large role in shaping Don into the man be became. Don served in the United States Navy from 1954-1958 and was assigned to the USS Nereus. While stationed in San Diego he met Sharon Miller of Matherville, they were married Nov. 14, 1959. Don was a self-employed Denturist, having fought many years for the right to practice that profession. For over 40 years, he owned and operated multiple denture clinics in Iowa, Illinois and Oregon, before retiring in 2005. Don and his wife, Sharon, also owned and operated the Calendar Restaurant in Matherville. He enjoyed deep sea fishing, sailing, camping and travel.

To order memorial trees or send flowers to the family in memory of Donald Neal, please visit our flower store.