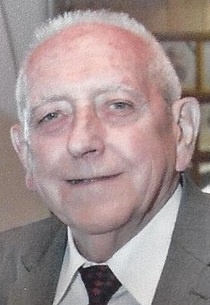 Donald E. Bacon was born November 28, 1936 in Hopkinton, Iowa a son of Loren and Viola Baldwin Bacon.   He graduated from New Boston High School in 1954.  On January 1, 1956, he married Geraldine Willits in New Boston.  Don retired from Millard Maintenance in 1991.  He was active in the New Boston community… serving on the City Council for 11 years, was a member of the fire dept. for 50 years and served as the ambulance service treasurer.  He enjoyed stock car races, watching the Chicago Cubs, attending his grandsons ball games and spending time with family.  In his early years, he enjoyed helping on the farm.

He was preceded in death by his parents and sisters:  Janet Welch and Judy Bieri.

To order memorial trees or send flowers to the family in memory of Donald Bacon, please visit our flower store.