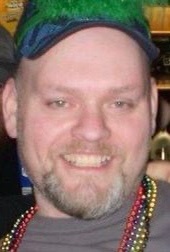 Cremation has been accorded.  A celebration of life will be held at a later date.  Memorials may be directed to the family.

Donald Ray was born April 8, 1970 in Peoria, Illinois, the son of Ray and Shirley Carpenter.  The 1988 graduate of Rock Island High School went on to work for his dad at Comfort Control Heating and Air Conditioning.  Don’s hobbies include rooting for the Chicago Cubs and San Francisco 49ers, and participating in several dart leagues.

Those left to cherish his memory are his sister:  Diana Proksch, and nieces:  Lindsey and Alyssa.

To order memorial trees or send flowers to the family in memory of Don Carpenter, please visit our flower store.