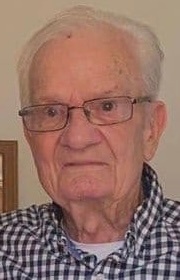 Delbert was born June 16, 1935 in Camden-on-Gauley, West Virginia.  On December 21, 1957, he married Edna Marie Elliott in Craigsville, West Virginia.  They were married until her passing on March 15, 2020.  Delbert worked as a welder at McLaughlin Body Co. for many years.  He attended Community Church of Matherville.  Delbert had a knack for getting up early to start his daily tasks, which often led to him mowing the lawn or vacuuming at 4:45 a.m.

He was preceded in death by his parents, and wife:  Marie

To order memorial trees or send flowers to the family in memory of Delbert Christian, please visit our flower store.