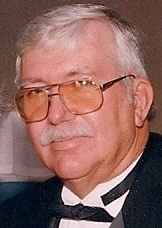 Funeral services are on Friday, February 5th at 12:00 p.m., with visitation from 10:00 a.m. until the time of service, at Dennison Funeral Home, Viola.  Burial will be in Viola Cemetery.  Memorials may be left for the Mercer County Animal Shelter.

David Allen Manthe was born October 19, 1944 in Rapids City, Illinois a son of Raymond and Pearl Newton Manthe.  He was a 1962 graduate of Sherrard High School.  In September 1964, he married Barbara DeClerck Young in Rock Island, they later divorced.  On November 23, 1982, he married Joyce Yerkey Whitenack in Henderson Grove, Illinois.  For 50 years, Dave worked at Collinson Stone Company, Milan, Illinois, retiring in 2014.  He held a special place in his heart for his dogs.  In his spare time he enjoyed his motorcycles, cars, farming and bowling.

He was preceded in death by his parents, infant son – David Manthe, Jr., brothers – Lyle and Milo Manthe and an infant great granddaughter.

To order memorial trees or send flowers to the family in memory of David Manthe, please visit our flower store.