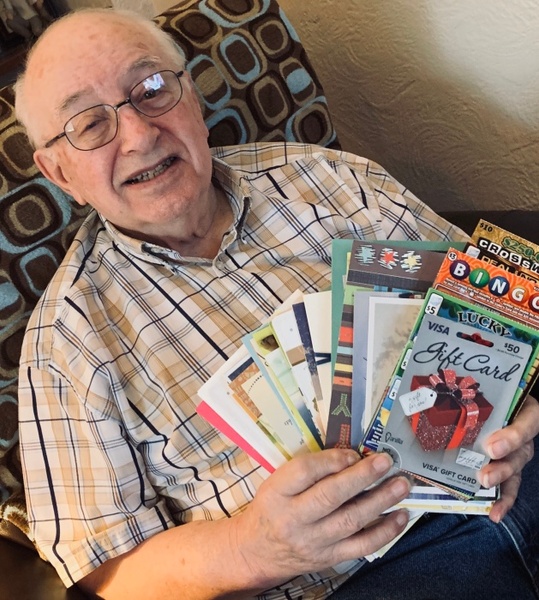 David was born September 23, 1929 in Matherville, Illinois the son of George Jr. and Luella Raisbeck Basala.  He graduated from St. Bede Academy in Peru, Illinois in 1946.  On September 1, 1948, he entered the United States Air Force and was stationed in Alaska during the Korean Conflict.  He was honorably discharged on July 23, 1952.  Dave married the love of his life, Beverly Jean Hartman, on September 13, 1952; together they adopted three children.  They were married 58 years, until her passing on June 1, 2010.  Dave worked as a carpenter for Deane Frye, Inc. in Aledo for many years, retiring in 1991.  He then became caregiver for his beloved wife.  Dave had served on the Matherville City Council for 2 years then served as Mayor for 12 years.  He was a member of Matherville F.O.E. Aerie 2019 and enjoyed Wednesday night cards at the Eagles.  Dave was a devoted Catholic and member of St. Anthony’s Catholic Church, Matherville.  He was known for having a “sweet tooth” enjoying sweet treats and ice cream.  He loved attending church, playing cards, watching baseball and westerns and spending time with his family.  He was also a die-hard Chicago Cubs fan.

He was preceded in death by his parents:  George and Luella Basala, wife:  Beverly Basala and brothers:  Robert, Donald, Marlyn and John.