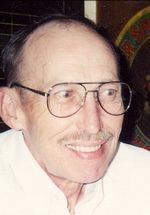 Darryl Waters, 66, of Aledo, died Tuesday, Sept. 23, 2008, at Mercer County Hospital, Aledo. Graveside services are 1 p.m. Saturday, Sept. 27, at Harris Cemetery, Table Grove, Ill. Visitation is 5-7 p.m. Friday, Sept. 26, at Dennison Funeral Home, Aledo. Memorials may be left for Mercer County Relay for Life. Darryl was born July 29, 1942, in Macomb, the son of Harold and Nellora Waters of Table Grove. He received his early education in Table Grove and Bushnell, Ill., and Phoenix, Ariz. He graduated from V.I.T. High School in Table Grove. Darryl earned his B.S. and M.S. degrees from Western Illinois University in Macomb. Darryl married Elene Crossman on June 16, 1963, in Vermont, Ill. They have lived in Mercer County and Aledo since 1965. Darryl and Elene took their three young sons on many boating, fishing and camping excursions throughout the country. Mr. Waters taught industrial education at Nokomis, Ill., Viola and Aledo. Darryl later taught robotics at Indian Hills Community College in Ottumwa, Iowa. Darryl's second career was in industrial management and engineering, working at the Farmall Plant in Rock Island, Thatcher Plastics in Muscatine and Thomas Outdoor Lighting in Milan. He was a past member and president of the Aledo Education Association, Illinois Education Association, Exchange Club of Aledo, and the American Production and Inventory Control Society. Darryl was a Boy Scout leader, high school football coach, YMCA basketball coach and director of the Aledo YMCA. Darryl's father passed away when he was 2 years old. Growing up without a father gave Darryl the desire to provide leadership to young people and to be the best possible father to his three sons. Darryl, Elene and their sons went on many trips in the U.S., Mexico and Canada. Darryl and Elene traveled to all 48 of the contiguous United States. He is survived by his wife of 45 years, Elene; and sons, Preston, Peoria, Patrick, San Francisco, and Christopher, Aledo. He was preceded in death by his parents and his only sibling, Edward.