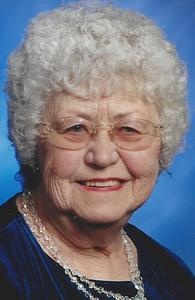 Darlene Hope Adams, 79, of Keithsburg, Illinois died at her home surrounded by family and went to greet her husband and son on Tuesday, October 22, 2013.

Visitation is at Keithsburg First Christian Church on Saturday, October 26th from 10:00 a.m. – 12:00 p.m. followed by funeral services at 12:00 p.m.  A memorial fund will be established.  Burial will be in Greenmound Cemetery, Keithsburg.  Dennison Funeral Home, Aledo is handling arrangements.

Some women have to work so hard for grace and beauty, not her, she had it all without even trying.

She was employed numerous places including many factory jobs, but in her later years at Casey’s in Keithsburg as the “pizza lady”.  She was also an avid shopper and enjoyed her Wednesday shopping trips and when that ended she looked forward to her magazine shopping lunch dates with Ruth.  She was also a huge Obama fan and didn’t care who knew.

She was preceded in death by her parents, grandparents, her husband Robert Adams, her son Timmy Adams and her beloved dog Pugsly Adams.  She is survived by MANY and will be missed by ALL.

To order memorial trees or send flowers to the family in memory of Darlene Adams, please visit our flower store.