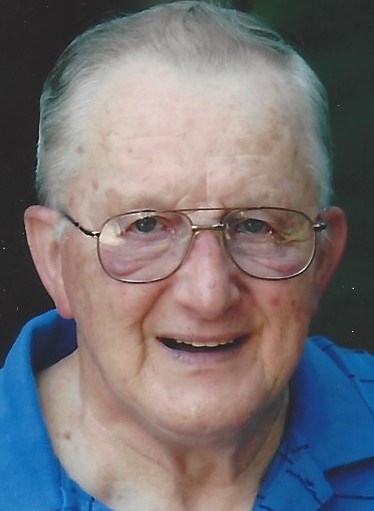 Visitation will be held at United Presbyterian Church, Viola on Saturday, April 17th beginning at 10:00 a.m. followed by a memorial service at 12:00 p.m.  Burial, with graveside military rites, will be in Viola Cemetery.  Memorials may be left for Viola Fire Department or GiGi’s Playhouse (in honor of great grandson, Christian).   Dennison Funeral Home, Viola is handling arrangements.

Danny was born April 10, 1940 in Aledo, Illinois a son of Dale and Genevieve Angerer Goben.  The 1958 graduate of Winola High School went on to serve in the United State Navy from 1959-1963.  He was in a helicopter squadron based in Imperial Beach, California and aboard the USS Bennington.  On August 20, 1960, he married his childhood sweetheart June Miller in Palo Alto, California.  He worked for Eagle Food Center in Milan as a receiving clerk in the warehouse for 34 years, retiring in 1997.  Danny loved his family and in his quiet way did all he could for them.  He enjoyed attending all of his kids and grandkids events.

He was preceded in death by his grandparents, parents and 3 brothers-in-law.

To order memorial trees or send flowers to the family in memory of Danny Goben, please visit our flower store.