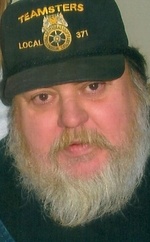 Daniel Stuart Shields was born December 23, 1952 in Moline, Illinois, a son of Stuart and Winona Worm Shields.  He attended Sherrard High School.  On July 20, 1970, he married the love of his life, Linda Ann Patrick, in Rock Island.  She died October 30, 1999.  Daniel was a truck driver out of the Teamsters Hall.  He was an outdoorsman, loving to hunt, fish and hunt mushrooms.  He was a member of the Mississippi Valley Coon Hunters Club.

Those left to cherish his memory are his children:  Denise, Chad (Christy) and Gabe (Karla); grandchildren:  Samantha, Logan, Justice, Alexis, Jenna and Zachary; his mother Winona; his siblings:  Diane, Deborah, Mary, David and Melinda and several nieces and nephews.

He was preceded in death by his father and his wife.

To order memorial trees or send flowers to the family in memory of Daniel Shields, please visit our flower store.