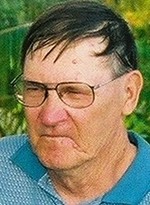 Visitation is 2:00 – 4:00 p.m. Sunday, October 21, 2012 at Dennison Funeral Home, Aledo.  A private family service will be held.  Following services, cremation rites will be accorded.  In lieu of flowers, memorials may be left for the family.

Chester Logan Tucker was born June 11, 1946 in Junction City, Kansas a son of John Jr. and Catherine Thornton Tucker.  He married Gail Kenney on July 15, 1972 in Joy, Illinois.  He served in the Army National Guard for 6 years.  One of his proudest moments with the National Guard was serving on the honor guard for Eisenhower’s funeral.  Butch worked for the local telephone company for over 30 years, retiring in 2004.  For many years he was a big part of baseball and softball in Joy.  He enjoyed reading, watching television and most of all spending time with his grandkids.

He was preceded in death by his mother.