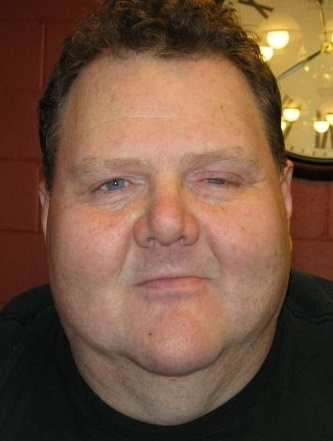 Funeral services are 11:30 a.m. on Thursday, April 5th at Trinity Presbyterian Church, Aledo with visitation one hour prior.  Burial will be in Aledo Cemetery.  Memorials may be left for his wife Carmen.  Dennison Funeral Home, Aledo is handling arrangements.

Chuck was born July 28, 1965 in Monmouth, Illinois the son of Ronald D. and Judy Ann Pullen Inman.  He was a 1983 graduate of Aledo High School.  On October 15, 2011, he married Carmen McElroy in Aledo.  Over the years, Chuck had worked as a machinist and fork lift driver beginning with Cannon Bronze and Chip King, before moving on to John Deere.  Chuck was a devoted member of Trinity Presbyterian Church and the Saturday morning men’s prayer group.  He enjoyed golfing and was a skilled bowler; traveling to many state and national bowling tournaments.  He was an avid Blackhawks, Cubs and NASCAR fan…cheering for both Dale Earnhart Sr. and Jr. and Kasey Kahne.  Chuck was known for kind heart and being a jokester.  His family meant the world to him, holding many sentimental mementos close to his heart.

To order memorial trees or send flowers to the family in memory of Charles Inman, please visit our flower store.