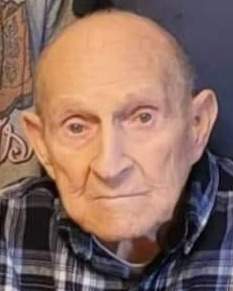 Clarence Robert was born to George and Ellen Reed Bloomfield on December 9, 1927 in Hastings, Iowa, the youngest of eleven children.  In 1953, he married Marion Wuanita Cook, she passed away in 1956.  He then married Nancy Maude Pierce in 1958, she passed in 2004. Bob had worked at the Shale City Brickyard until it closed in 1969… he then went to work for Spencer Brothers Disposal, retiring in 1993.  He was a member of Iowa Archeology Society.  Bob was an avid arrowhead hunter and collector, and enjoyed showing his collection.  In his free-time, he just liked to be busy outside, as well as antiquing.   In his later years, he enjoyed meeting his friends at the Alexis restaurant.

He was preceded in death by his parents, both wives, brothers:  Everett, Alvin, Edward, Willard, Lawrence, Ray, and Richard, and sisters:  Mae, Catherine, and Lucille.

To order memorial trees or send flowers to the family in memory of C. Robert Bloomfield, please visit our flower store.