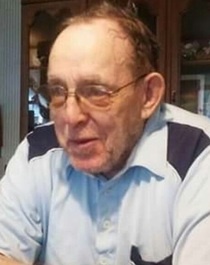 Earnest was born October 29, 1932 in Burlington, Iowa a son of Earnest J. and Lena Boughton Hedger.  After high school, he worked at John Deere before serving in the Army during the Korean Conflict.  After his service time, he returned to John Deere; later meeting and marrying Ellen Appleby on Nov. 25, 1961 in Davenport.  They operated a pony ride around the county.  Buck worked for John Deere for 31 years until his retirement in 1989.  He was well known in the area as “Buck the Can Man”.  He was active in the community; from serving on the Crime Stoppers Board to driving the V.A. transport van.  He was a lifetime member of the Aledo, then Viola, American Legion and Viola V.F.W.  He enjoyed raising ponies and horses.

He was preceded in death by his parents, granddaughter:  Destiny Hedger and siblings:  Robert Hedger and Ruby Ellis.

To order memorial trees or send flowers to the family in memory of "Buck" Hedger, please visit our flower store.