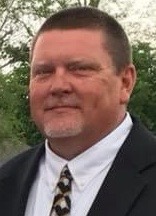 Due to the current situation, the family will have a private visitation at Dennison Funeral Home, Aledo followed by a private graveside service at Greenmound Cemetery, Keithsburg.  A celebration of Brian’s life will be held at a later date.  Memorials may be left for Aledo First Baptist Church, Mercer County Athletic Boosters or Jacob Dennison College Fund.

Brian was born February 8, 1968 in Aledo, Illinois the son of Randall and Laurel Willman Dennison.  The 1986 graduate of Westmer High School went on to graduate from North Central College, Naperville in 1990 with a Bachelor’s in Education.  While in high school and college, Brian was a stand-out athlete in Basketball, Football and Track; having won many awards over the years such as state medals, all-conference honors, school records and playing in the Illinois Shriners Football game.  His senior year he was captain of the North Central College Football Team and later chosen to NCC’s All-Century Football Team.  From 1990-1993, he was an assistant football coach at North Central.  On July 10, 1993 he married Monica Anderson in Geneva, Illinois.  The two moved to Georgia where Brian began his teaching and coaching career at Harrison High School.  In 1997, they moved back “home” when Brian took the Head Football Coach position and taught at Galesburg High School.  In 2002, he took a position at Aledo High School / Mercer County High School where he coached and taught until his passing.  For several of those years, Brian served as Athletic Director.  Brian had a passion for coaching and sports… his student-athletes were important to him, he pushed them to be their best.  Over the years he coached state championship teams and individual state medalist, but his greatest moments in coaching were when he had the opportunity to coach his sons.  And, he took great pride in watching his son, Jacob, further his track career in college.  He was a die-hard Chicago Bears, Cubs and Blackhawks fan, as well as Iowa Hawkeye fan.  Brian loved tailgating; it was an artform for him.  Time spent with his family and friends tailgating and attending games was priceless to him.  The outdoors was another passion of Brian’s… he was the epitome of an outdoorsman.  He was a skilled fisherman and hunter.  He spent countless hours fishing and sharing his knowledge of fishing with whomever would listen.  His best days were spent with a fishing pole in his hand.  Above all, Brian’s greatest joy was time spent with family.  He was always eager to have a get together to talk, visit and cook a great meal.  He loved his wife dearly and was so proud of the men his sons were growing into.  And daily visits to his parents were common.   Brian was a devoted member of First Baptist Church, Aledo.

Those left to cherish his memory are his wife:  Monica Dennison; sons:  Carl and Jacob Dennison; parents:  Randall and Laurel Dennison and sister:  Jill (Brian) Henry, as well as many aunts, uncles, cousins, in-laws, nieces and nephews.

He was preceded in death by his grandparents:  Wayne & Ruth Dennison and Ernest & Catherine Willman.

To order memorial trees or send flowers to the family in memory of Brian Dennison, please visit our flower store.