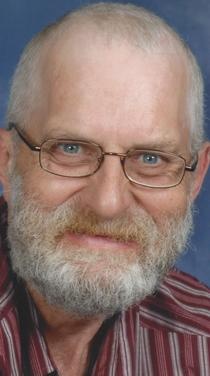 Bret A. “Bert” Sloan, 52, of Galesburg, Illinois died Friday, July 31, 2015 at his home.   Funeral services are Thursday, August 6th at 11:00 a.m., with visitation 1 hour prior, at New Boston United Methodist Church.  Burial will be in New Boston Cemetery.  In lieu of flowers, memorials may be left for NAMI (National Alliance on Mental Illness) of Greater Mississippi Valley or New Boston United Methodist Church.  Dennison Funeral Home, is handling arrangements.

Bret Alden Sloan was born January 15, 1963 in Muscatine, Iowa, a son of E. Reed and Ruth Ann Carlson Sloan.  Bert took pride in working at the family produce farm near New Boston, Illinois.  You could usually find him listening to music, on a walk, fishing, or cheering on the Chicago Cubs or Bears.  He especially enjoyed spending time with family.

Those left to cherish his memory are his sister:  Rita (Mark) Phillipson, Biggsville, IL and brother:  Murry Sloan, New Boston, IL and several nieces and nephews.

He was preceded in death by his parents, infant sister:  Kelly Sue Sloan and brother:  Brian Sloan.

To order memorial trees or send flowers to the family in memory of Bret Sloan, please visit our flower store.