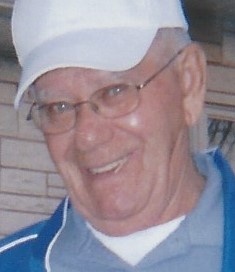 A memorial visitation is Saturday, April 30th from 11:00 a.m. – 1:00 p.m. at Dennison Funeral Home, Viola followed by a luncheon at Viola United Presbyterian Church.   Private interment, with military rites, will be in Viola Cemetery.  Memorials may be made to New Windsor Fire Department.

Charles W. Thorp was born June 30, 1930 in Ophiem, Illinois a son of Henry Allison and Hanna L. Burgeson Thorp.  He graduated from New Windsor High School in 1948.  On August 10, 1956, he married Martha Davenport in Viola.  They were married until her passing on June 27, 2015.  He served in the United States Marine Corps during the Korean Conflict.  Bill worked as a truck driver for Priester Construction, retiring in 1992.  He was a member of Viola American Legion, Mercer County V.F.W., and Viola United Presbyterian Church.  He also served on the Mercer County Board and Winola School Board.  In his free-time, he enjoyed fishing, gardening, and joining his friends for coffee.

Those left to cherish his memory are his daughter:  Allison (Joe) Pitman, grandchildren:  Collin (Erica) Pitman and Hanna Pitman, and great grandchildren:  Alex and Mason.

He was preceded in death by his parents, wife, and siblings:  John, Bob, Marge, Marian, Lois, and infant sister Ruthie.