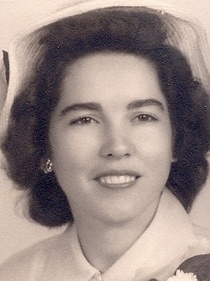 Betty L. Hayden, 90, of Illinois City, Illinois died Saturday, January 17, 2015 at her home.  Memorial services will be held at Dennison Funeral Home, Aledo on Saturday, January 24 th at 1:30 p.m., with visitation 2 hours prior.  Burial will be in Aledo Cemetery.  A memorial fund will be established.

Betty Lorraine Galusha was born May 21, 1924 in Milan, Illinois a daughter of Clarence and Claudia Peebler Galusha.  She was educated in Milan in the lower grades, and graduated from the St. Joseph Catholic High School in Rock Island.  She worked at an office in Rock Island until her marriage and for a short time afterward she worked as the mail clerk at Birtman Electric.  On July 15, 1950 in Aledo, she married John R. Hayden.  (He died August 9, 2001.)  They lived in Rock Island for a number of years.  Later, they sold the house and bought a farm outside of Loud Thunder Park near Illinois City.  They had 6 children; Betty was a homemaker and caregiver.  She enjoyed gardening.

She was preceded in death by her parents, husband, sons Michael and Gerald and 7 siblings.

To order memorial trees or send flowers to the family in memory of Betty Hayden, please visit our flower store.