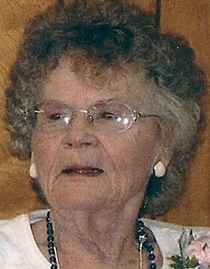 Funeral services are Tuesday, December 22nd at 11:00 a.m., with visitation 1 hour prior, at United Presbyterian Church, Viola, Illinois.  Burial will be at a later date in Viola Cemetery.  In lieu of flowers, memorials may be left for the church.  Dennison Funeral Home, Viola is handling arrangements.

Betty Jean Likely was born on July 2, 1928 in Alexis, Illinois a daughter of Stuart and Ethel McKelvie Likely.  She graduated from Alexis High School.  During the late 1940’s, she ran the Likely Restaurant in Viola.  She then worked at Bituminus Insurance, Rock Island, then later as a supervisor at RIMCO, Rock Island.  In April of 1951, she married Dudley Forsyth in Viola…they later divorced, but remained good friends.
She was a member of Viola United Presbyterian Church.  Betty loved her family and took great pride and joy in her grandchildren.

She was preceded in death by her parents and brothers:  Robert and Donald Likely.