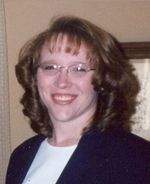 Anna Christina Henderson, 34, of New Windsor, died Thursday, Jan. 4, 2007, as a result of an automobile accident on U.S. 67 north of Matherville. Services are 10:30 a.m. Tuesday, Jan. 9, at Calvary Lutheran Church, New Windsor. Burial is in Hopewell Cemetery, rural New Windsor. Visitation is 2 to 7 p.m. Monday, Jan. 8, at Calvary Lutheran Church, New Windsor. The family requests that, in lieu of flowers, memorials be given to a trust fund for T.J. and Trevor Henderson, Robert Olson, trustee. Dennison Funeral Home, Viola, is handling arrangements. She was born July 13, 1972, in Moline, daughter of Robert and Nancy Nelson Olson. She married Thomas Henderson April 20, 2001, in Minneapolis, Minn. Growing up, she was actively involved in New Windsor softball, 4-H, school sports, New Windsor Drill Team and dance. She attended Winola and Sherrard schools and graduated from Monmouth College with an accounting degree. She was the college yearbook editor for three years and a member of Kappa Delta sorority. Anna was currently employed at Project NOW in Rock Island as the payroll accountant/HR. She previously worked for Dayton-Rogers in Minneapolis as the payroll accountant. She was a very devoted, loving mother to Thomas Jr. "T.J." and Trevor Robert. They were her life's joy. Anna aspired to be a children's book author. She loved to write poetry and had her first poem published in 2006. She would write about T.J. and Trevor and their adventures. Among her favorite pastimes were reading to her sons, coloring with them, playing games, exploring the outdoors -insects, plants, life! She never hesitated in joining them in their adventures. Her whole purpose in life was to provide for T.J. and Trevor a happy life, an education and a future. She was a member of Calvary Lutheran Church and was a past Sunday school teacher. Survivors (and spouses) include her boys, Thomas Jr. "T.J." and Trevor Robert, New Windsor; husband, Thomas Henderson, Rock Island; parents, Robert and Nancy Olson, New Windsor; her twin sister, Angela (Philip) DeBoo, Wheaton, Ill.; brother, Christopher (Allison) Olson, Viola; niece, Emily June, Wheaton; nephew, Nate Christopher, Viola; grandmother, Phyllis Nelson, Viola; great-grandmother, Avice Gardner, Cambridge; and her loving extended Henderson, Olson and Nelson families and friends. She was preceded in death by her grandfather, LeRoy "Spud" Nelson; aunt, Connie Brooks; grandmother, Alice Spidle; cousins, Jerry Nelson and Helen Nelson; and grandparents, Robert and Rachel Olson.

To order memorial trees or send flowers to the family in memory of Anna Henderson, please visit our flower store.