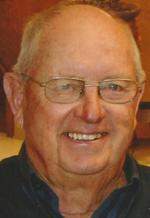 Alan was born November 25, 1930 to Murry and Marguerite Stevenson Sloan.  On October 21, 1951, he married Joan Carlson at New Boston United Methodist Church.  She preceded him in death on Oct. 14, 2004.  He served in the Army during the Korean Conflict.  Mr. Sloan farmed in the New Boston area his whole life and operated Sloan’s Market until 1996.

He was a member of the New Boston United Methodist Church, Mercer County V.F.W. Post 1571 and served on the Mercer County Merritt Commission.  Alan enjoyed fishing and trap shooting.  He ran the Hit & Miss Gun Club for many years.

He was preceded in death by his parents, wife and brother E. Reed Sloan.

To order memorial trees or send flowers to the family in memory of Alan Sloan, please visit our flower store.