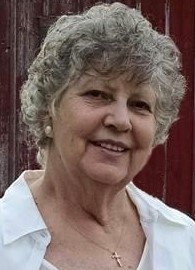 Patricia “Patty” Bruner, 77, of Oquawka, passed away after a courageous battle with cancer on Wednesday, June 30, 2021, at her son’s home. She was surrounded by her loving family. According to Patty’s wishes there will be no visitation or funeral, but a Celebration of Life event will be held Saturday, September 4th. Memorials may be made to the American Cancer Society.  Dennison Funeral Home, Viola is assisting the family.

Patricia Scherryl Turner was born on April 12, 1944 in Galesburg, Illinois, the daughter of Vern and Doyne Wiegert Turner. She married Richard Algren in January, 1961 and bore two sons, Barry and Perry. In August, 1978, she married Benjamin Bruner in Oquawka and resided there until her recent illness. He preceded her in death in 2010. She also was preceded in death by her parents, Vern and Doyne Turner, and sisters Jeanie Stake and LaWanda Krohn.

Patty attended high school in Galesburg. She worked for 21 years as a data processor for NAEIR in Galesburg, retiring in 2009. For many years, the Bruners owned and operated the Longbranch Saloon in Oquawka.  She enjoyed fishing, going to the riverboats, playing Words with Friends, and shopping on QVC. Most of all, she enjoyed spending time with her children, grandchildren, and great-grandchildren.