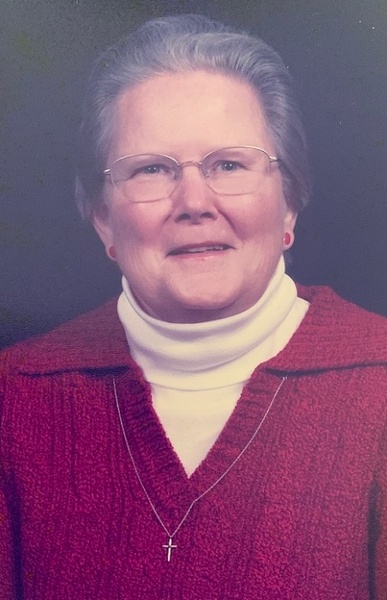 Funeral Services are 2pm Sunday, July 11th at Dennison Funeral Home, Viola with visitation 2 hours prior.  Burial will be in Preemption Cemetery.  Memorials may be left for Genesis Hospice.

Carol was born September 22, 1939 in Rock Island, IL the daughter of Leonard and Grace Churchill Hofer. On December 23, 1955 she married Richard Whan in Milan, IL. He passed away October 4, 2001. Carol retired from the Greene Township Library after 25 years and helped write the Viola Sesquicentennial Book. She was an avid Cubs fan, a Colts fan and enjoyed quilting, cross stitching, cooking, baking, canning, and gardening. She was a member of the Viola Women’s Club, a reading club, and was very active in the Viola and Reynolds Churches. Mostly, she loved being a mother and grandmother and attending all of her families sporting events.

Carol was preceded in death by her parents, husband, son in law Steven Marlyere, Daughter in law June Whan, father and mother in law William (Laverne) Whan, and brother and sister in law Sam (Carol) Hutchinson.